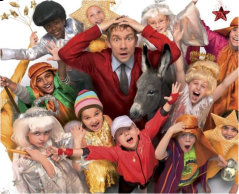 Nativity
Nativity is an enjoyable film, with its fair share of laugh-out-loud moments (mostly from Marc Wooten). Itâ€™s perfect entertainment for all the family to sit along with. The story isnâ€™t much cop, but this film is less about the story, than about springing joyous scene after scene. And it does it. Martin Freeman boasts well as the teacher of the class, and he works well alongside Marc Wooten to achieve the laughs. The children all play pretty well for non-actors, thus their performances enhanced. This is perfect family entertainment. 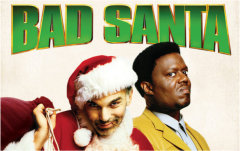 Bad Santa
Before Bad Teacher there was Bad Santa, another addition to the crass comedies that have come out over the past years. This one centres on an alcoholic, anti-social thief, who finds a way to get away with robberies by dressing up as Santa. For all itâ€™s outrageous humour, itâ€™s the emotional scenes that stick the most, with scenes of Billy Bob Thornton drinking at a bar ringing emotional alarm bells for his character. This character needs help, and itâ€™s that core that makes most of the film. However, there are some funny, if a bit rude, jokes in the film. Itâ€™s a film certainly for the fans of American Pie-style humour. Those are the level of the jokes, so be warned if you think this is a family film. It is definitely not. Itâ€™s a funny film, not hilarious, but still quite funny and it does bring an edgy darkness sensation to the whole proceedings.