Can't get enough of it!

Some of you will have heard or read in the news that the World famous guitar builder Gibson had gone bust and entered the American formed Chapter 11 so the company stand a chance of re financing and getting their act together!

Gibson’s problems started years ago, a lot came from the restrictions on certain types of wood which Gibson being a high end manufacturer and have been fined a large amount of money for importing more than they should! Their other major cost which has been on going for a number of years is copyright, they have been taking other guitar company's to court, and legal action is not cheap! The other major problem is the drop in the interest in the electric guitar across the World in general.

According to the trade, sales of electric guitars for a number of years has been over eleven million units, but over the past ten years has dropped to a million.

Something I have been predicting is the rise in the price of instruments in general. When most manufacturers started moving their production to China in the mid nineties the price of many guitars came down; now sadly, the prices have started to rise.

Three main reasons: the price and availability of the right woods; Chinese costs - like increased wages, factory costs, materials and of course products made with a smaller consumer interest, are dearer to buy. Whereas mass produced products are cheaper due to the costs coming down!

So the guitar you've bought today could be in fifteen years time three to four times the cost!! Plus over the years guitar builders have tried an assortment of different materials, like metal, plastics etc.

But it's good quality wood which sadly is disappearing rapidly across our planet... 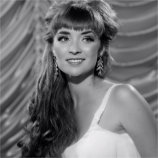