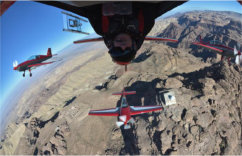 An exceptional, and possibly unique, opportunity to attend a presentation by Col Ghazi N Al Sadoun, the Director of the Royal Jordanian Falcons National Air Display Team, who are displaying at the Yeovilton & Fairford (RIAT) Air-shows, in 2018. Col Al Sadoun has kindly agreed to come to Air ACES, between these Air-shows, to give an insight into this world famous aviation display team.

This will be the first time that such a talk has been given by the Jordanian team in the UK.

Col Al Sadoun will be explaining how and why this display team was formed, and how they have become one of the world’s Air-show favourites.

The Falcons have just received their new fleet of brand new Extra-330LXs at their base in Aqaba, Jordan and the Team will be displaying them for the first time at their upcoming European Summer Tour.

This promises to be a fascinating and entertaining evening. 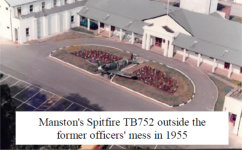 ‘Tales from the Control Tower’ - Presented by Joe Bamford

Based on his book ‘Tales from the Control Tower’, Author and Aviation Historian, Joe Bamford will give a fascinating look back at the time when he was working as an Air Traffic Controller in the days before computerisation and much of his talk will cover the history of RAF Manston.

During his RAF career Joe was based at RAF Manston, as well as RAF Swinderbury, RAF Shawbury and RAF Gaydon - where he met the Red Arrows for the first time. He will explain how air traffic control worked in the dark days, when they didn’t have computers, and all control was visual and hand-done.

He will also recall some of the characters that he met as well as the time, in 2011, when he was arrested on charges of blackmail and conspiracy in connection with the recovery of an RAF Liberator KL654 in Malaysia.