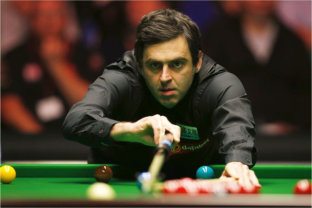 Following Ronnie O'Sullivan’s latest victory at the recent Snooker World Championship at Sheffield's Crucible Theatre, this article looks at snooker and the extent to which it is played locally.

Ronnie O'Sullivan claimed his sixth World Championship title with a dominant 18-8 victory over Kyren Wilson at Sheffield's Crucible Theatre in July. In doing so O’Sullivan drew level with Ray Reardon and his boyhood hero Steve Davis on the number of world crowns won. In doing so, O’Sullivan also surpasses Stephen Hendry on the all-time list of ranking event wins with a record 37 titles.

Although Wilson battled back to 10-7 in this years Championship, O'Sullivan wrested total control with a run of eight strait frames on the final Sunday.

Englishman O’Sullivan in collecting £500,000 in prize money, moved back up to being second in the world behind last year's champion Judd Trump.

O’Sullivan’s victory was the biggest winning margin in a final since 2008, when he defeated Ali Carter by the same score line.

Immediately after his latest title victory, O'Sullivan told BBC Two viewers: "I never really think about titles. When I was a kid, I never really thought I would be here. However, by keeping coming and having all these victories it is a dream that has become a reality. There was part of me that decided I didn't play enough to justify winning a tournament of this stature which is an endurance test. I feel I am not really an endurance type player because I don't compete enough. I felt I had half a chance but didn't expect to win it."

There has long been a debate about who is the greatest snooker player of all time? Steve Davis dominated the 1980s. Steven Hendry reigned in the 1990s but O'Sullivan now stands alone in terms of ranking events won. His latest accomplishment took him to the top of the pile, having won his first title back in 1993 at the UK Championship aged just 17. He also collected a record-extending 20th Triple Crown title.

An enigmatic character, O'Sullivan often battles his own demons and did so in the final with his cue action, though he displayed both his supreme and slapdash manner during the 17 days of this tournament. He hammered Thailand's Thepchaiya Un-Nooh 10-1 in his opening match in a record 108 minutes, defeated the dangerous Ding Junhui and responded from large deficits to oust three-time winners Mark Williams and Mark Selby.

But there have been issues too, stating snooker players were being treated like "lab rats" for allowing fans to attend the first day - with spectators returning for the final, while Selby described him as "disrespectful" for some of his rash shot selections during their semi-final.

Despite operating far from his best on the first day of the final, O'Sullivan showcased why he is regarded a sporting genius by still managing to open up a three-frame lead heading into Sunday, as the match turned into a procession.

Having criticised the standard of play lower down the rankings, it is testament to O'Sullivan's longevity that his latest world title comes in a third decade - 19 years after his maiden victory - leaving him one adrift of the legendary Hendry's haul.

By
Our Sports Correspondant Tim Randall