The Hawks battle for survival in the Vanarama National League South table looks to be going down to the wire as results have left the team lying just a point above the relegation zone. With just four league games remaining against play off hopefuls Truro City, mid table Concord Rangers and fellow strugglers Weston-Super-Mare and St Albans City every point will be crucial and they also have a cup final and semi final sandwiched inbetween which could see the season end on some sort of high.

Havant hauled themselves out of the bottom three in February with crucial 2-1 home wins against Bishops Stortford and Maidstone. The steady climb continued into March starting with a good 2-2 away draw against league leaders Ebbsfleet United and followed by two further victories at the Westleigh against Dartford and a crucial six pointer against Hayes and Yeading seeming to pull the club closer to safety. However a disappointing start to April saw first a 3-2 loss against Wealdstone in which the Hawks had led 2-0 and then a 1-0 home defeat against Chelmsford City. 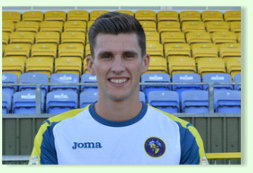 In the cups, despite being comfortably seen off by Grimsby in the FA Trophy last 16 the Hawks still remain in two cup competitions. In the Hampshire Senior cup progress has been made to the final with a trip to St Marys on the 12th April against Winchester City. AFC Portchester proved to be a difficult obstacle in the quarter final taking an early two goal lead. It needed very late goals from Matt Paterson and Dan Strugnell to level the tie and two penalty saves from Ryan Young helped the Hawks progress in the resulting shoot out. Fellow Conference South strugglers Basingstoke Town were the opponents in the semi final and goals from Paterson and Shamir Mullings were enough to seal a 2-0 home win. In the Portsmouth Senior Cup Semi Final the Hawks face Gosport at Westleigh Park on Tuesday 19th April. Entry to the game is free of charge with kick off at 19.45.

The Hawks also bolstered there squad for the final push with two new signings. Both free agents who most recently played for Gosport, George Barker who can play upfront or on the wing and Central Midfielder Andy Robinson. 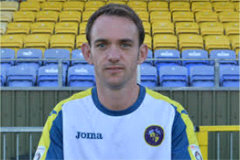