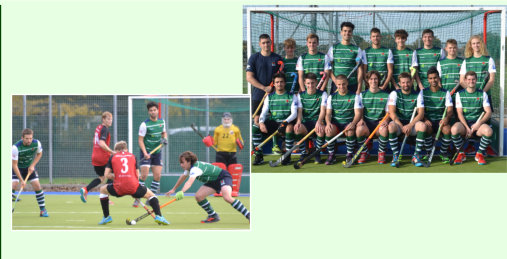 Havant Hockey Club has continued its push towards a return to the top tier of English hockey for the first time in ten years.

Following a fine run of form in the England Hockey West Conference, the club enter the final stretch of the season level on points with leaders Olton & West Warwicks, separated only by goal difference.

It is a decade since Havant last played at the top level of English hockey, having been crowned national champions three times in the early nineties, when it was firmly became established as one of the best known clubs in the country.

With three critical home games on the bounce being played at Havant College in late February, Club President Chris Pickett said he was hoping for a bumper crowd and encouraged local residents to show support.

He said: “It’s been a wonderful season so far, and everyone at the club is hoping for a return to the pinnacle of English hockey. Having the local community behind the team will make a real difference in the upcoming games and I hope we will be able to welcome some new faces to enjoy some of Havant Borough’s top sporting action.”

Entrance to all games are free and refreshments are served pitch-side.

Details of how to join and full information about the Club can be found on their website www.havanthockeyclub.org.uk