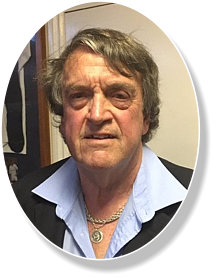 Havant Hockey Club Member Stephen Downham has been appointed as the new Chairman of Hampshire Hockey.

The long-standing club member first played for Havant in 1968 and played for every men’s team before becoming an umpire, officiating at county level for 14 years. He has recently been coaching umpires and last season was appointed several times as match delegate at National League matches.

Havant Hockey Club Chairman Chris Pickett said: “Stephen and indeed his family have been long term and much valued members of our club and I could not be more pleased that a member of Havant has taken the top job in Hampshire Hockey.”

It comes as Havant prepares for the new season, with the Men’s 1s aiming to repeat their success in the National Conference West, having narrowly avoided promotion last season from the playoffs.

The Ladies 1s will also be looking to bounce back having been relegated into South League Division 3B.

Ahead of the new season the club is also encouraging any members, whether they have played before or not, to join. With eight mens and five ladies’ teams, as well as a flourishing junior section, there are teams for all ages and skill. For more information visit: www.havanthockeyclub.org.uk/