Cycling in a Lock-down 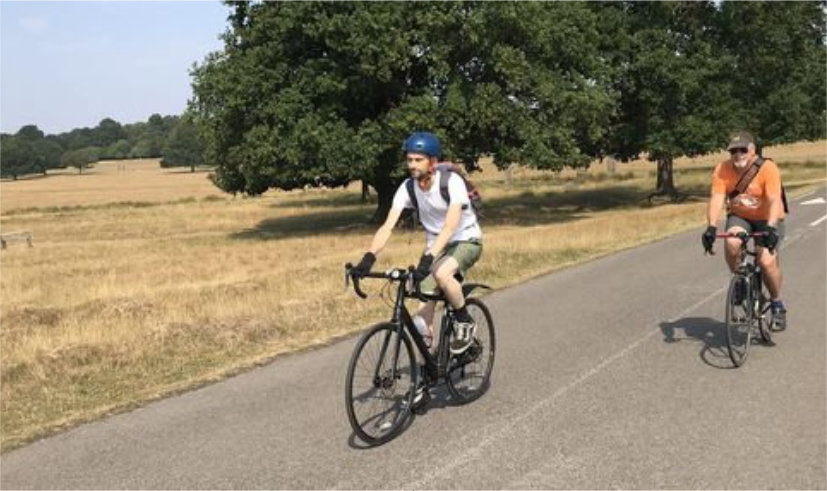 The Lock-down due to the Coronavirus has been frustrating to cyclists and to the cycling clubs in particular.

The Government stressed that everybody should continue to keep fit and for that reason we were all allowed out of our homes for daily exercise, provided we were alone or with other members of our own household.

For those of us who are used to cycling with groups, this amounted to a bar to club rides.

The National body, Cycling UK (otherwise known as Cycling Touring Club) issued guidance on group cycling bearing in mind that the whole intention of the regulation was to protect us all from infecting each other by keeping us each safely apart from anyone who may be infected.

CTC guidance was that group cycling should effectively cease because the perceived difficulty of keeping two metres apart in a moving group.

Most regular cyclists ensured that they continued to ride as their daily exercise permitted but riding solo is not the same as with others. In addition, as we all know, non essential shops were closed so the idea of riding out to a coffee stop destination was impossible.

Later the regulations were refined and CTC authorised small groups of up to six riders including the leader.

Portsmouth CTC decided to suspend the system where cyclists gather at a pre determined day and point and break into groups, by organising 'Pop-up' rides of, originally, four riders who would take any refreshments needed with them. This was later increased to six.

Having a small group like this enabled most of the riders to be pretty evenly matched which avoided anyone getting frustrated by having to wait for the less able, or conversely anyone struggling to keep up.

Meanwhile, some cafes and shops were allowed to serve 'Take-away' refreshments and word quickly spread around the club as to which venues could refresh people who were out walking or cycling.

This gave us Destinations for our rides whether we were cycling alone or with just one other.

It sometimes happened that there would be other cyclists standing outside those locations or sitting on grass verges, so we were able to keep a two metre distance and chat about our rides (which is what cyclists do!)

Incidentally a typical adult road bike is a bit over five feet long, so a bike length plus about half a wheel diameter is very close to two metres, so normally, of course, cyclists' heads are at least a bike length apart between the riders  but at traffic lights and other involuntary stops we have needed to make a special effort not to 'bunch up'.

Later the rules allowed us to spend longer exercising so we could ride further and the importance of a feed stop increased.

By the end of July the club had conducted 32 pop-up rides to benefit sixty riders, and of course with smaller groups we have needed extra ride leaders. Happily several existing riders have volunteered to lead a small group and our thanks go to them.