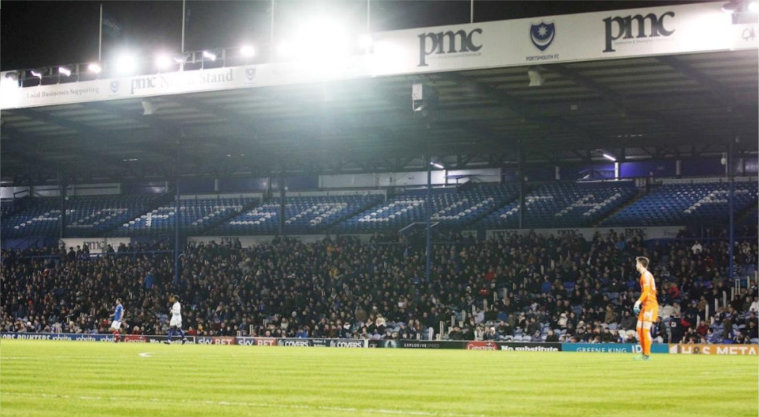 The season’s senior football competitions have been hit in an unprecedented way by the outbreak of the coronaviras. All those who participate in football at any level have been affected.

Government health officials early in April spoke of a possible return for senior football in June. In the discussions football league officials have said that any games would be sanctioned only under strict guidelines to keep players in sterile environments. At the time of preparing this report (early April) there had been no proposals as to how fans could watch sanctioned matches live. However, Postcode were aware that talks had been taking place with television companies with a view to finding ways to enable matches to be streamed live for fans to view should any of their teams matches have to be held behind locked gates.

This will involve a completely new roof and cladding system, along with essential beam and associated works.

Chief executive Mark Catlin said: “These works are substantial and were planned as part of the 2020 summer programme.

“However, due to the current uncertainty related to the Covid-19 crisis – and the potential of a short close season period – we have had to take the decision to start work now or risk it not being completed for the start of the 2020/21 campaign. This could potentially have resulted in the stand being completely closed to our supporters.

“It’s not a vanity project – this is essential work required to keep the North Stand open once football resumes.

"We have had to take the decision to start work now or risk it not being completed for the start of the 2020/21 campaign."

“The decision was a difficult one to take, as the time to complete these works is approximately 14 weeks. We have taken a calculated risk that even if football does come back in the short-medium term, there is an assumption that it will be some time before supporters will be allowed to congregate in large numbers in stadiums.

“Having consulted with our board and executive team, we have therefore made the decision to start the works now. We are liaising with the construction company and local council to make sure this is done safely and in accordance with current government Covid-19 guidelines.”

In a public statement by Portsmouth Football Club all Pompey fans have been urged to continue following government guidelines on the Covid19 virus to protect the NHS and save lives.

This will involve a completely new roof and cladding system, along with essential beam and associated works.