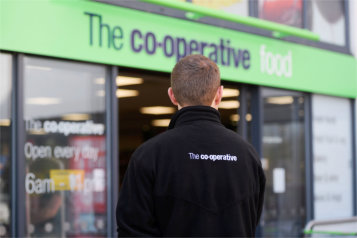 As the number of young people in employment remains below pre-pandemic levels, a regional co-operative is working to kickstart youth employment in its stores, head office and funeral branches.

Southern Co-op is preparing to welcome its third cohort of Kickstarters at the beginning of September - a Government scheme for 16 to 24 year olds on Universal Credit who are at risk of long-term unemployment.

The latest joiners will take the number of people on Kickstart placements to nearly forty.

Sarah Kavanagh, Business Transformation & HR Director at Southern Co-op, said: "Unemployment has been higher in younger age groups for some time and unfortunately this has been exacerbated by the pandemic. It is clear to us that they need additional help now to get back into work or to take the first step toward full time employment.

"The Kickstart Scheme means we look for people aged sixteen to twenty-four, with the right attitude, and give them the opportunity to learn new skills whilst being paid.

"We expected it to take a bit of time for some to find their feet and get into the routine of work but, after about three weeks, we have been getting some great feedback. One manager described their new starter as ‘100% amazing', ‘flexible, keen and willing to try anything'."

The Kickstart Scheme placements are funded by the Government for twenty-five hours a week for six months and referrals are made on to the scheme via local Jobcentres.

The job placements provide opportunities to young people who may have been overlooked before due to lack of experience.

In order to help them gain as many skills as possible, Southern Co-op's programme is also giving young adults a chance to gain a Level One Certificate in Employability Skills which is being run by Havant & South Downs College.

People interested in a Kickstart placement should speak to their local Jobcentre.  For other vacancies at Southern Co-op, visit:
https://www.southernco-opjobs.co.uk/jobs/.