Three Concerts in one month 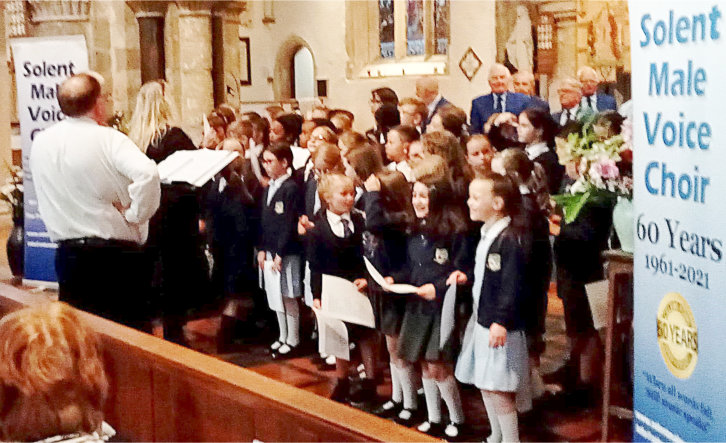 The Solent Male Voice Choir had a busy May. It all started with a Lunchtime Concert in St Faith’s Church, Havant.  The concert, on May 4th, was in aid of the St Faith’s Big Build Fund.

On 19th May, SMVC sang for the Petersfield Welsh Society.  The concert was originally planned to celebrate the Society’s 50th Anniversary but had to be postponed for two years due to the pandemic.  The suitably predominantly Welsh concert, with several songs actually sung in Welsh, was well received by the Society’s Members and Guests.
On 24th May, back at St Faith’s Church, the Choir joined up with the children of Bosmere Junior School Choir for a joint concert in aid of both the St Faith’s Big Build Fund and the SANDS Neonatal Bereavement Chairty.

Fifty children performed beautifully, in note-perfect harmony, some challenging pieces.  SMVC premiered some new pieces for them including a medley of Perry Como songs in set entitled “Nice ‘N’ Easy”.

A packed audience enjoyed the concert which raised over £400 from a retiring collection.