PARK STAR UP AT OXFORD UNIVERSITY 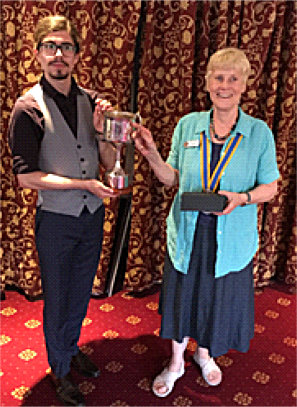 In his A Levels, Jake achieved A* grades in psychology and maths and A grades in biology and his extended project. He is, “over the moon” that he has achieved his goal of getting into Oxford University on the back of these results, as you can imagine.

Jake recognises many people helped and inspired him in his success so far. Jake said the three who had the greatest impact were: ”Christopher May (my mentor at Park) for setting me on this path with GCSE psychology and encouraging the high achievers to aim for Oxford; Hugh Smith (my tutor at HSDC) for the many cups of tea and for supporting me even when I didn’t feeling like doing things by the book; and, my close friends who were both fantastic revision partners, and very adamant at making sure I didn’t work myself into the ground”.

Through the student employment programme at Park, Jake was able to have paid work which suited his college hours and need to study. Jake began working while at school and continued after he left as part of the community reception team. Jake could often be found working hard in the evenings in the school staff’s work room when he was waiting for his shift to start. Jake pays tribute to Susan Parish and Flo Fearon for the flexibility with shifts when A-Levels had to come first and also to, “the many teachers who would stop to have chat with me while I was studying in the staffroom”.

The African proverb that it takes a village to raise a child is made real in this wonderful example, so many people each having an influence and being able to encourage and inspire. At Park Community School we are really proud of Jake and the result of his hard work, a loving family and so many local people who can share in the celebration of this young person’s achievement.