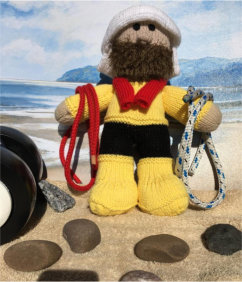 Jenny Gaffin and Janet Denman were planning a photographic exhibition in aid of the RNLI and were at St Andrews Church when they came up with the idea of a knitted doll resembling an RNLI lifeboat crew member. Having found a suitable pattern online Jenny approached some of her parishioners and they enthusiastically broke their ‘lockdown boredom’ by busily knitting. Meanwhile Janet and Jenny got thinking creatively and Janet customised the first doll as a likeness of one of the crew and created a scene to put ‘him’ in. (see picture of crewmember demonstrating rope handling!)

As more dolls arrived more complex scenarios were developed and raised a laugh for the crew on their WhatsApp page, helping to bring crew members together. The scenarios were also shared with the lady knitters helping them to cope with the isolation of Covid-19 lockdown. Janet who was shielding during the crisis, created the scenes at home or in her garden and said ‘Having a house full of little people kept me sane. The way this brought the community together and the joy they brought was amazing.’ For Jenny it bridged her two worlds, the lifeboat station and the churches and she said ‘It’s been somewhat surreal but it was something we could do to raise a laugh and bring people together and it’s shown the richness of community spirit on Hayling.’ 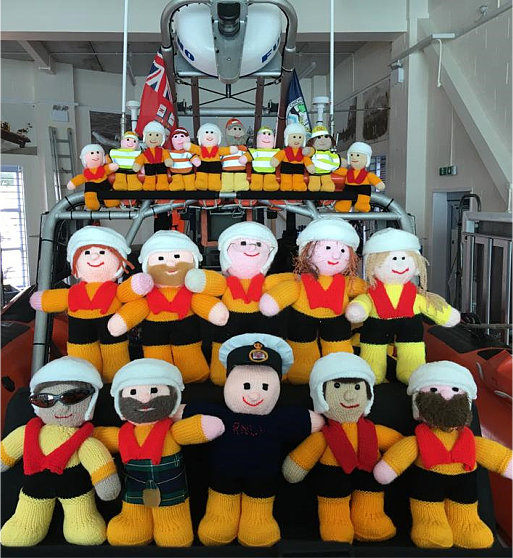