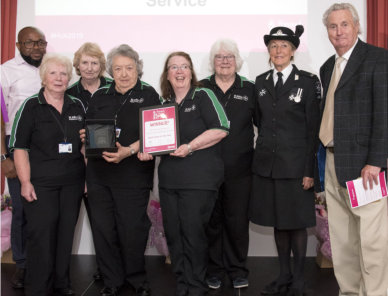 Havant volunteers were rewarded for their hard work and dedication at the borough’s volunteer awards.

Shortlisted volunteers from across the borough received their awards at the Plaza.

Six awards were presented to local heroes who had shown dedication to their role and made a real difference to the lives of residents. Debbie Lyall from Right to Work gave an important talk about the real contribution volunteers can make in the community.

The 1st place winners of each award are:

A full list of the prize winners is available at www.havant.gov.uk/havant-volunteer-awards 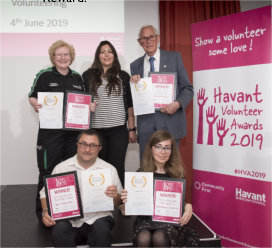 As well as receiving their trophy, the individual award winners – Victoria Edwards, Beverley Stotesbury, Michael Kennett and Walter Taylor – also won a two-night bed and breakfast stay in a hotel of their choice courtesy of Room to Reward.