Hampshire site manager wins an 'Oscar of the house-building industry' 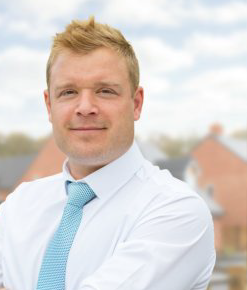 Matt Annalls site manager for Barratt at its Berewood Heath development at Waterlooville, has won the prestigious National House-Building Council (NHBC) Pride in the Job award for site quality, considered to be the “Oscar of the housebuilding industry”.

Now in their 38th year the Pride in the Job awards recognise the very best site managers from around the country.

Jon Green managing director from Barratt Developments in Southampton said: “This award demonstrates that our site managers are building some of the best quality homes in the country.”

This award closely follows Barratt being awarded five stars by the Home Builders Federation for customer satisfaction. To be ranked as five star means that more than 90 per cent of customers would recommend a home to a friend and Barratt is the only major national house-builder to be rated five star for nine years in a row.