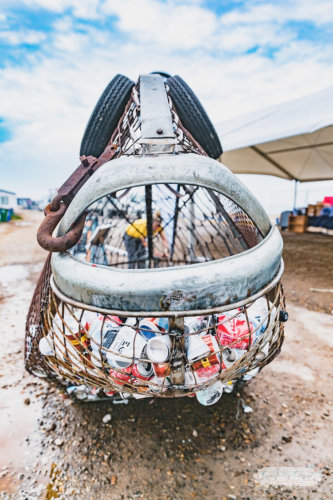 A piece of functional art in the shape of a large fish that will be used to collect single-use plastic bottles is travelling around the Solent region, raising awareness of the impact of plastic pollution on our oceans and wildlife. Having already been to Hayling Island, Southampton, Whiteley and Brighton, it is also going to be stationed at Shepards Wharf on the Isle of Wight as part of Cowes week, and visiting high streets, parks and beaches in Portsmouth, New Milton in the New Forest and Chichester over the coming months. The public will be able to ‘feed’ it their plastic bottles – visually highlighting how many we use.

This initiative, known as the ‘Final Fat Fish’ or nicknamed ‘Nelson’, is the latest by the Final Straw Solent.  It aims to highlight the huge volume of single-use plastic bottles still in use in the UK. The fish, made entirely of scrap metal, will act as a bin for plastic bottles and aluminium cans which will then be collected and recycled appropriately.

Despite public awareness of the plastic pollution crisis being higher than ever, around 13 billion disposable plastic bottles are still used every year in the UK alone.  Worryingly, only just over half are recycled.   The remaining 5.5 billion bottles are littered, landfilled, or incinerated.

Lissie Pollard, Co-Director of the Final Straw Solent, said: ‘We really hope the fish will be a talking point of Cowes week and wherever it visits, encouraging people to think about how many water or soft drinks bottles they buy and dispose of each year.  It will hopefully inspire them to be more conscious about recycling effectively.’

The creation of the Final Fish was made possible by funding from the Fat Face Foundation and the High Street Community Clean-Up Fund from Portsmouth City Council.

Ian Williams, Chairman of the FatFace Foundation, said: ‘The Final Fat Fish will physically show the problem we are facing and help hammer home the message that we must all play our part to make our seas and beaches cleaner better places again.  We are proud to be able to support such a forward-thinking organisation and we sincerely hope that we can help make a difference.’