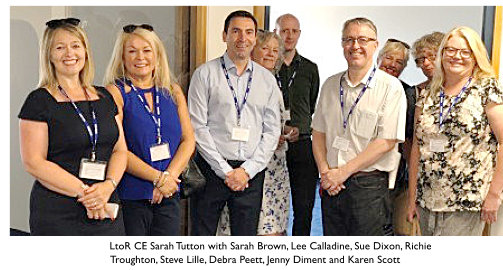 The Diabetes Research & Wellness Foundation (DRWF) first opened its doors as a charity in the UK in 1998 yet, despite the many developments in the fields of diabetes research, treatment and education over the last 20 years, the number of people over the age of 16 diagnosed with the condition has more than doubled to 3.8 million, with type 2 diabetes driving this alarming growth.

“While we are proud to have funded over £11.5 million in significant research projects in the UK over our twenty-year history, the need for education and support is greater than ever,” stated DRWF Chief Executive Sarah Tutton.

“Diagnoses of all diabetes types in the UK have increased since 1998 when around 1.8 million people over the age of 16 were diagnosed with the condition to today’s more alarming figures of 3.8 million. In the UK it not only funded research but also developed a new educational programme by producing extensive support literature as well as an award-winning series of Diabetes Wellness Days in different parts of the country in a drive for better information available to people living with all forms of diabetes.

“Last year the charity won the Quality in Care Diabetes (QiC) Judges’ Special Award for ‘providing an outstanding educational event programme for people with diabetes’ after being highly commended in the Empowering People with Diabetes in the Self-Management category,” explained Tutton.

DRWF introduced its first Diabetes Wellness Day South in 2008 a change to the ad-hoc Diabetes Wellness Workshops that the charity had previously held. The 10th annual day was recently held at The Solent Hotel in Whiteley, Fareham.

“Along with a successful education programme the charity has a rigorous research funding process and over the last 20 years it has contributed more than £11.5m into research in the UK alone. DRWF Research Manager Dr Eleanor Kennedy emphasised that in addition to supporting the development of clinical procedures for islet cell transplants, the charity awards important pump priming funding: “These relatively small amounts help researchers to try out new theories and to get vital pilot data that helps with future bids for more significant funding.”

This is an area that has drawn praise from health professionals such as Professor Graham Hitman, recently retired Consultant Diabetologist at Barts and the London School of Medicine, Queen Mary University of London: “Over the years, my colleagues and I at Barts and the London have received funding from DRWF that we are immensely grateful for. I am extremely grateful that the DRWF recognised the clinical importance of my area of research and am very proud of the on-going close relationship I have with them.

Shivani won the IDF European Researcher award at the end of 2017, she donated part of her winnings back to the charity.

The increasing profile of diabetes has meant that the healthcare system has become acutely aware of the problem.