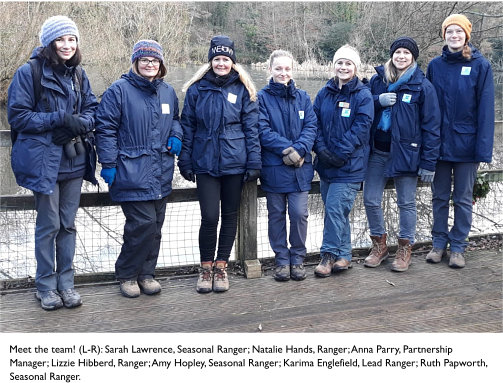 If you have visited the coast recently you may have noticed something magical is happening there – the shoreline is alive with water birds.

From the New Forest to West Wittering and all along the northern coast of the Isle of Wight, 125,000 birds visit the Solent from faraway places such as Siberia and Greenland.  The area is lucky to be host to such magnificent waders such as the Curlew, and wildfowl like the Shoveler, whom every winter escape the sub-zero arctic temperatures.

Life on the Solent for the birds means that although they do not have to worry about predators such as an artic fox sneaking up on them, they do instead encounter the distraction of human activity.  Without realising it, many people who visit the coast at this time of year can be a cause of disturbance to the birds whilst they rest and feed before their long journey back to their breeding grounds.

Fortunately, Bird Aware Solent has a team of Rangers that tour the coast speaking to people who visit the areas where the birds are in abundance.

The team are a passionate bunch that love nothing more than sharing their knowledge with people out enjoying our beautiful coastline.  Karima, who leads the team, comments: “Lots of people are interested in having a look through the telescope and seeing the amazing wildlife right in front of them.  Some aren’t aware of the birds that come here over winter and the places that they have migrated from, which can be thousands of miles away.”

Lizzie is in her first full migration season as a Ranger and she loves the connections made with people every day. Lizzie remarks: “Listening to people’s personal stories about the interactions they have had with a robin or a blackbird in their garden is a great reminder that so many people already care so much about wildlife.”

At this time of year, the extreme weather can make it challenging for the Ranger team, but they have honed some novel ways of beating the January blues.  Ranger Natalie doesn’t leave the house without a hot flask of blackcurrant and she is regularly seen doing star jumps along the shore.  Ruth makes sure a dry pair of socks are available as getting caught out by the tide has been known, and Lizzies’ answer to the cold is to continue to have heart-warming conversations with Solent folk to take her mind off the temperature.
The length of coastline that Bird Aware monitors is a massive 254km, meaning there are lots of special places along it that the team enjoy visiting.  Locations such as East Head, near Chichester for the feeling that you are somewhere abroad, Seaview Duver on the Isle of Wight for its pure seaside beauty and Fishbourne for its tranquillity.

Chairman of the Partnership for Urban South Hampshire, which oversees Bird Aware Solent, Councillor Seán Woodward remarks: ‘The Solent coast is so important for local people, for recreation and for business.  Making sure that the environment is cared for cannot be overlooked.  The information the Ranger team provides to local communities helps to maintain the biodiversity of the area and ensure flocks of Brent Geese and the other beautiful birds keep visiting us’.

When you next take a trip down to your local Solent beach keep your eyes open for the Bird Aware Rangers.  If you see them be sure to ask them what they have spotted.  It could be a Little Egret shaking its foot to attract prey in the shallows or a Kingfisher sat poised unflinching waiting to catch its next meal.  Whatever it is, it won’t be hard not get consumed by the thrill of the natural world in all its glory.