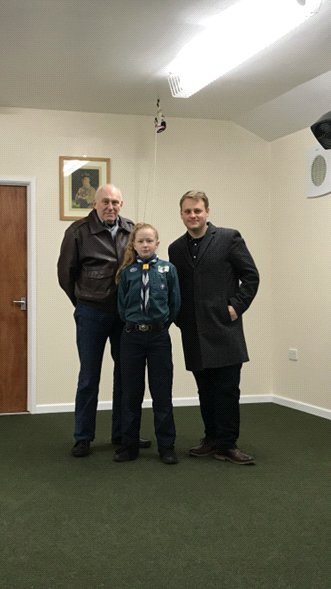 The centre which is partly a post war prefab construction had fallen into disrepair. Severe woodworm combined with plumbing and electricity problems made use of the centre difficult.

Cllr Rees who was a local Scout in Havant was keen to get involved. Cllr Rees said ‘’From the age of five I joined Leigh Park Scout Group and I have witnessed first-hand the positive impact that Scouting can have on our young people.’’ He went on say ‘’In Havant we have over 500 young people actively involved in the Scouting, my thanks goes out to all of those who volunteer to run groups. Without them, the movement could not exist.’’

District Scout Chairman Nigel Valette said ‘’Cllr Rees’s commitment to local Scouts is testament to the lasting impression that Scouting can have on young people. We all would like to thank Cllr Rees for his hard work locally and his continued support. Now that the renovation work has been completed, the centre is once again fit for purpose. We now have a top class facility for a new generation of young people to use.’’