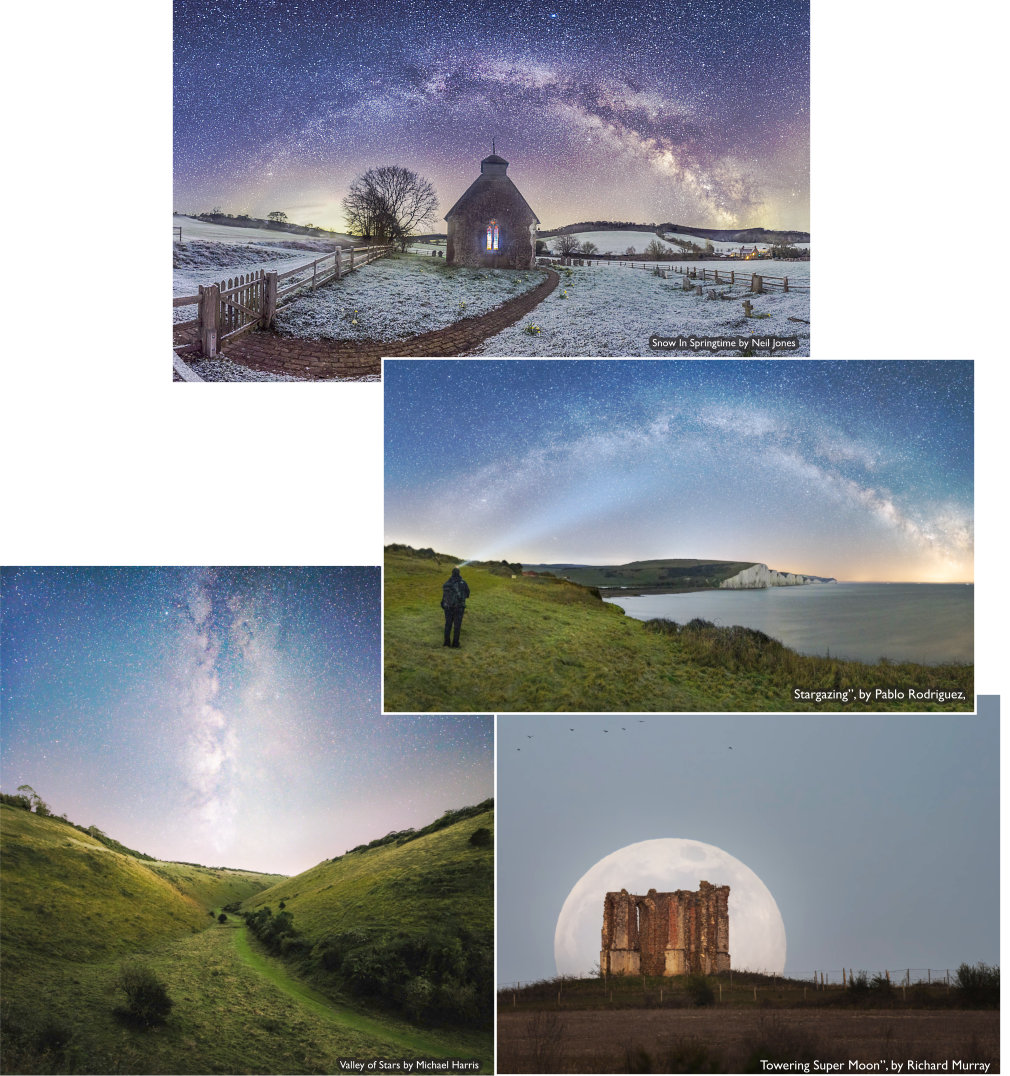 An awe-inspiring starry night on the South Downs and a “towering super moon” are among the winners of this year’s astrophotography competition.

More than 100 entries were received for the National Park’s popular cosmic photography contest and a judging panel has now chosen the winners across three categories.

Judging the contest were Dan Oakley, “Dark Skies” Ranger for the National Park, Graham Bryant, a Fellow of the Royal Astronomical Society, and Petersfield-based Tiffany Francis-Baker, author of Dark Skies.

Taking the top spot in the South Downs Dark Skyscapes category was “Snow In Springtime” by Neil Jones. The photograph shows the Milky Way in all its glory, arching above the beautiful St Mary’s Church, near Upwaltham, in West Sussex.

Runner-up was “Valley of Stars”, taken by Michael Harris, which shows a stunning night-time view of Devil’s Dyke, near Brighton.

Tiffany said: “I just want to dive into this picture – it really encapsulates the South Downs National Park for me.”

In the Living Dark Skies category, the judges crowned “Stargazing”, by Pablo Rodriguez, as the winner. The mesmerising image shows a walker gazing in awe at the beauty of the star-studded sky at Seven Sisters.

The final category had to capture the magnificence of the moon, or the Milky Way, and it was shots of our closest celestial neighbour that captured the imaginations of the judges.

The winner was “Towering Super Moon”, by Richard Murray, which shows the moon rising behind the Vandalian Tower near South Harting, West Sussex.

Graham said: “The moon rises fairly quickly, so clearly this photographer has thought about this and got into the right position at just the right moment.”

Tiffany said: “I love the wobbly edge of the moon. It’s nice that it looks natural and I love the big expansive sky with the birds flying.”

Dan said: “It’s quite a simple picture to take. This shows you can get out in the National Park with a camera and take a really amazing photograph in 30 seconds.”

See results of the People’s Choice vote for the astrophotography competition at: www.southdowns.gov.uk