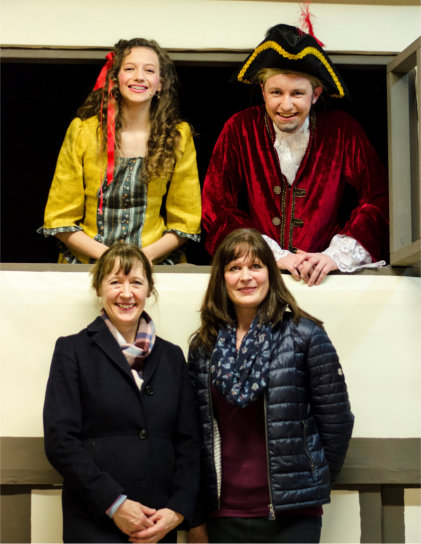 Dynamo Youth Theatre’s production of ‘The Highwayman’, a new musical by John Gleadall and Greg Mosse, was enthusiastically received by audiences at The Pallant Centre in Havant. Based on the well known poem by Alfred Noyes, ‘The Highwayman’ is an exciting, atmospheric and memorable story of 18th century highway robbery, love, poverty and wealth. The cast of 47 young people aged from 12 to 18 were thrilled to meet and welcome two of the poet’s grand-daughters to the show. Diana Hothersall and Fiona Armstrong came backstage after the performance and met the cast and backstage crew, thanking them for a wonderful evening. Diana said to the composer, John Gleadall, that she was sure that her grandfather, Arthur Noyes, would have been thrilled to have been in the audience and would have loved the musical adaptation.