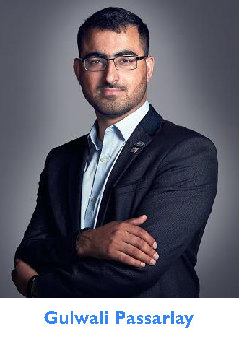 Gulwali Passarlay is an Afghan refugee who was destined by the Taliban to become a suicide bomber.

Alone aged 12, he escaped into the hands of child traffickers, surviving horrifying ordeals as he journeyed through eight countries to arrive (on his 100th attempt) in the UK from Calais in 2007.

He was trafficked as a result of the US invasion of Afghanistan following 9/11. He arrived in the UK aged 13 and eventually found help, learning English, getting GCSEs and A levels and graduating in politics from Manchester University.

Now aged 22, Gulwali is a politics graduate of Manchester University. He was asked to carry the Olympic torch through Bolton in 2012.

Gulwali is a Model Westminster Ambassador, and president of the United Afghan Peace Movement.

He was invited to represent the North West on the British Youth Council’s National Scrutiny Group whose task was to express the views of young people to government departments and ministers. Gulwali aims to work as a UN negotiator and ultimately to run for the leadership of Afghanistan.

Having experienced the ordeals that refugees continue to endure today, Gulwali decided that his story had to be told. His book The Lightless Sky (Atlantic Books 2015) describes his harrowing journey and his eventual reception in the UK. He explores why people are leaving their countries and suggests how we should be treating them when they arrive here, and why.

What made Gulwali leave his country for an uncertain future?

Hear his story and how it relates to today’s refugees, and ask your questions.