The Rowlands Castle Heritage Centre team worked hard to attract funding from local donations to purchase the award winning model railway of the centre of the village during the times of preparations for the D-Day Landings.

The model - built by Peter Goss, has attracted national acclaim.

Peter was on hand to assist with reassembly of the model in Rowlands Castle Parish Hall on Saturday 7th January.

Everyone joined in to re-assemble the layout as can be seen in the photographs, to eventually get it working in time for public viewing in the afternoon.

There are no plans for this temporary location to open to the public again.

A more permanent home is being sought - hopefully at Rowlands Castle Railway Station. Negotiations with Network Rail are proceeding to convert station buildings into a museum and heritage centre.

It was the initial offer to purchase the model that started the discussion process leading to development of a Village Museum, both as a home for the model and for the area’s history. The first significant step was the creation of a website as a ‘virtual museum’, using existing archive material and sponsoring further research - see www.rowlandscastleheritagecentre.org 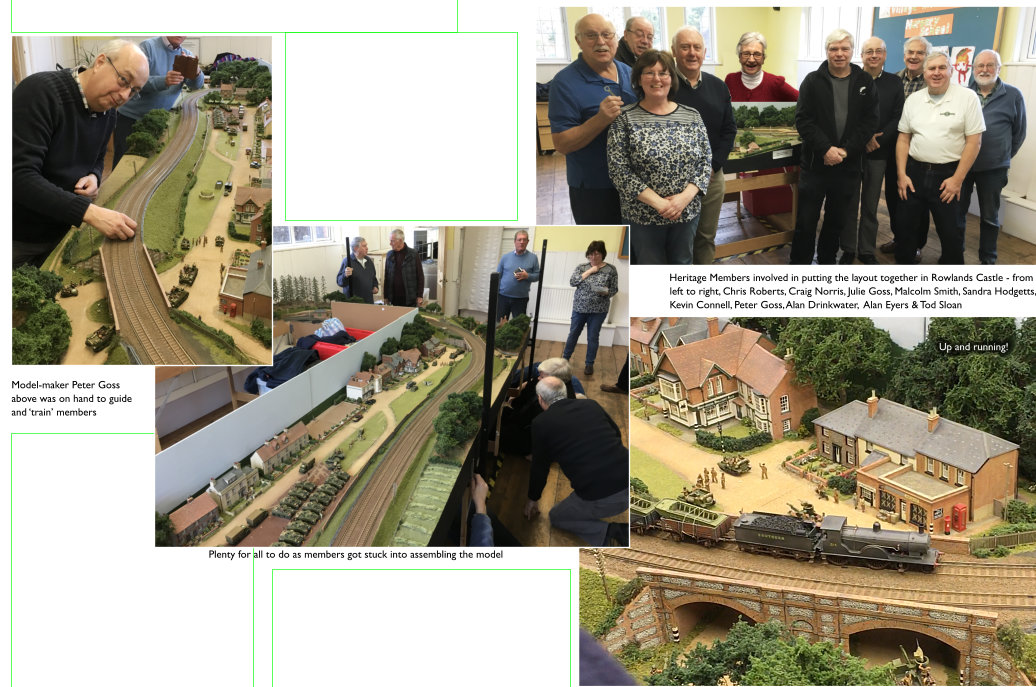