Emsworth British Food Fortnight 2017 was launched with a TASTE event at Tuppenny Barn on 2nd June.

We were delighted to be joined Alexia Robinson, founder of Love British Food and British Food Fortnight and Olivier Blanc a Love British Food ‘Ambassador’. Since its foundation in 2014 the Emsworth British Food Fortnight has not only won National Awards but has become one of the most successful Food events of its type in the UK celebrating local food, local people and Emsworth itself. Plans are well advanced for this year’s Fortnight and the launch unveiled some of the key events as well as ticketing details. Showcasing was a range of local artisan producers and suppliers who haven taken part in the Emsworth Food Fortnight over the last few years and this is a great opportunity to meet them and hear the stories they have to tell including : Tuppenny Barn - Montezuma’s Chocolate Hambledon Vineyard - Fresh from the Boat Stansted Farm Shop - Jake’s Artisan Foods Harry’s Sausages - The Cold Pressed Oil Company - Staggeringly Good Beer Winchester Distillery.

Some of the sponsors of this year’s Emsworth British Food Fortnight were there on the evening, including Monetzuma’s Chocolate who are once again the headline sponsors. Montezuma’s unveiled a fantastic competition, ‘Chocolate Innovators’ launched as part of this year’s event.

“The Emsworth British Food Fortnight is not just another Food Festival this is a real celebration embracing community and education and celebrating Emsworth and the local region through its people and its food. The launch was an opportunity for people to get involved earlier this year and to meet many of the producers and sponsors involved. In essence we’re laying the table, and are adding new dishes all the time, all you have to do is pull up a chair and enjoy the feast!” 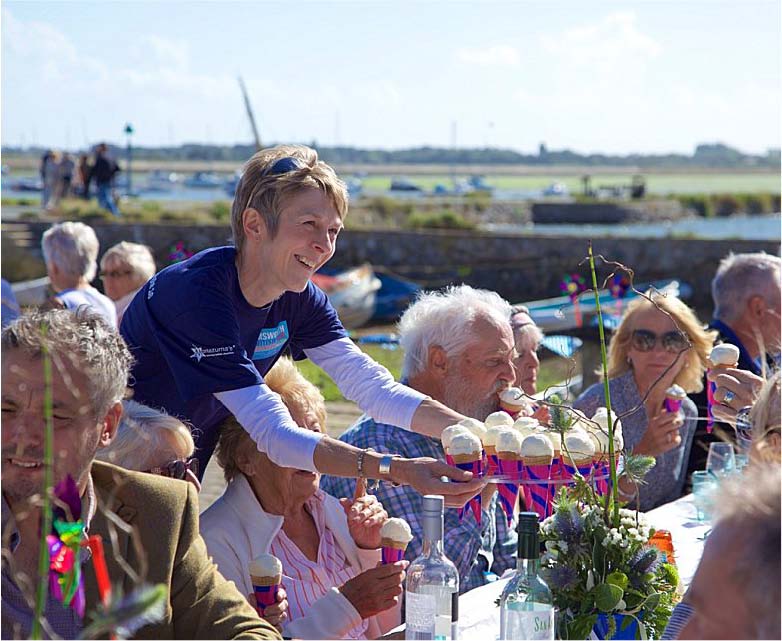