The Hayling Poorhouse and the Quaint Ways of Running it 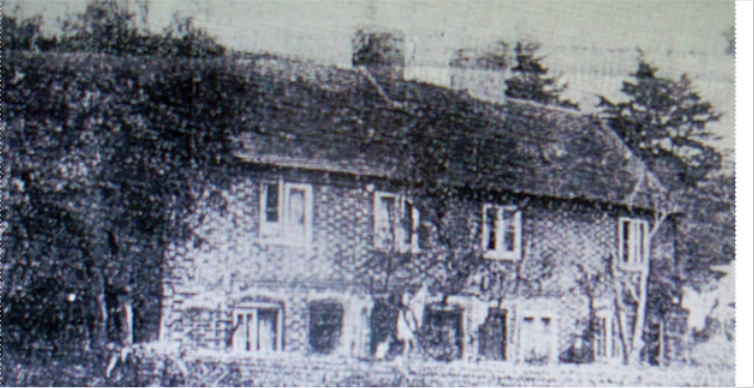 The Parish of North Hayling, although now very much less in population than the sister parish of South Hayling, was in the earlier history of Hayling Island evidently the more important. A census taken in 1788 gave the population as being considerably the larger of the two parishes. The fact that North Hayling had its own poorhouse, whereas there is no trace of such an institu¬tion in South Hayling, seems to point to the same conclusion.  The former poorhouse is now a row of picturesque cottages known as North Terrace.

In the year 1834 the parish workhouses were superseded by the Union Work-houses, the Act making the union instead of the parish the unit of local administra¬tion. The Havant Board of Guardians then took over the duties formerly carried out by the parish of North Hayling.

The parochial records of' North Hayling are in good order from the year 1793, but those previous to this date seem to have been lost. The records show a, monthly meeting, with accounts and minutes kept, signed by the churchwarden and two overseers, and being verified twice a year by two Justices of the Peace. The income as obtained by making a poor rate and there are many entries such as: Cost of new book, 4s. (20p). Making book, 1s. (5p), but there is no record of clerical work beyond this. If there was a balance in hand, it was stated that the overseers were in pocket so much; if a deficit, that they were out of pocket by so much for the month.

Some items of of expenditure are in many instances most interesting. In May, 1796, there is this curious entry: Paid for the men raised for His Majesty's Navy, £7 8s. 2d. (£7.41). One would not expect to find any reference to the County Rate in 1799, but the payment of £5 19s. 6d. (£5.97½p) with stamp 2d. (1p) is so entered, whilst further entries state that the Overseers paid the Vagrants Tax for a similar amount. They also paid: Joseph Parr's lodgings in the Small-Pox, 10s. 6d. (52½p) and at a later date there is an entry: For journey expenses to Fareham for the examination of the same man, 18s. 9d. (94p), evidently to satisfy the authorities that he had recovered.

Burying appears to have been a thirsty job. Here is another entry:

Food purchases naturally occupy con¬siderable space in the records. Pork must have been a prominent item in the menu, judging by the repeated purchase of fat hogs, some weighing over 22 score (440lb – 200kg), the price ranging from 8s. 6d. (42½p) per score. Pigs were evidently kept at the poorhouse, there being several entries of the purchase of pens for the poorhouse hog. One entry runs: Killing a hog, with a man to help cost 4s. (20p), whilst 1s. 6d. (7½p) was allowed: For going to see a hog, evidently with a view to purchase.

At a Vestry meeting in the Parish Church it was agreed that the allowance of 8s. (40p) a week to Richard Parr and his wife should be continued on the following terms, that they were to support themselves without any other aid from the parish.

Was this the forerunner of the present-day ‘Means Test’?