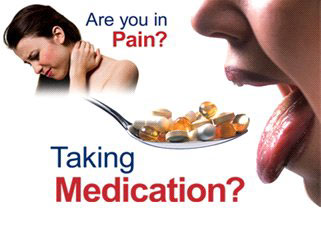 The definition of eco-friendly is “Not harmful to the environment”.

Increasingly, the impact of ecologically harmful human activities to the environment is being brought to our attention. For example, who now is not aware of the problems associated with the use of plastics? Probably, most of us would like to do our bit to help to reduce pollution. Now, please consider this. When you take any medication, either prescribed or over the counter, have you ever given a thought to where it may eventually end up?

After drugs have passed through your body, they are excreted in your urine and faeces. This means they go down the toilet and into the drains. Then where do they go? Environmental testing has revealed the presence of diabetes drugs, antibiotics, the contraceptive pill, anti inflammatories, pain killers and antidepressants in rivers, lakes, soil, manure and even drinking water. Drugs and their metabolites have been detected in fish and other creatures, thus entering the food chain. A 2014 report by UK Water Industry Research found that in most of the 160 sewage treatment works studied, several common drugs were present in the final effluent in concentrations high enough to potentially affect ecosystems. The full impact of drug contamination on plant, animal and human health is not yet known, but as the number of prescriptions goes up year on year, the situation is likely to get worse.

What can be done? Improving the removal of impurities at the waste water treatment works would be a massive, costly task and unlikely to solve the problem. This would also be another case of shutting the stable door after the horse has bolted. Would it not be preferable for fewer drugs to be used in the first place, thereby reducing the risk of contamination? 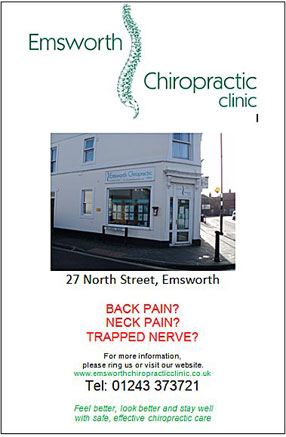 The largest group of over the counter medicine usage is painkillers. It accounted for 23.2% of sales in 2015. Science has already proved that prolonged use of such medication can be harmful to the body, and we are now suspecting it may be harmful to the environment too.

Chiropractor Sheila Stakim of Emsworth Chiropractic Clinic has been in practice for 23 years. During that time she has treated over 6,000 people. The vast majority of these people initially consulted her for help because they were in pain. The most common complaints are neck and back pain, as well as sciatica, headaches, shoulder, hip and knee pain. Before they saw Sheila, many had been taking painkillers and/or anti inflammatories, either prescribed or over the counter, for their symptoms.

Chiropractic care uses no drugs. The aim is to diagnose and treat, whenever possible, the cause of the pain, not just mask the symptoms with medication. Sheila says that most of the people she has treated reported that they were able to reduce markedly or even cease completely their use of painkillers, as well as a variety of medications for associated complaints. This is surely a positive step towards Eco-Friendly Healthcare. 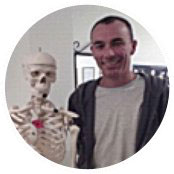 Emsworth resident, Simon (pictured), had been taking painkillers and antiinflammatories for years for sciatica and back pain caused by a lumbar disc injury. Chiropractic care helped him tremendously. He has been attending Emsworth Chiropractic Clinic regularly since 2007 for spinal check-ups and preventive maintenance care. Simon says “I used to take painkillers all the time, but now it is extremely rare for me to need them. My back feels great since seeing Sheila”.

If you would like to find out more about chiropractic care or would like discuss any of your health concerns, please contact Sheila Stakim. You can talk to her on the telephone or you may ring and book a free 10 minute appointment at the clinic, if you wish to speak to her in person.